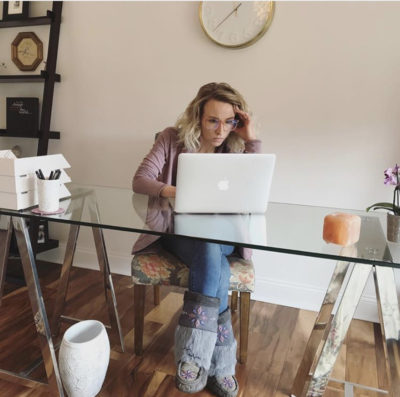 I worked on my manuscript today, for the first time in ten weeks. I’ve been waiting on feedback and didn’t feel I could make any changes until I received it. And it’s been hard. And that’s an understatement. Since I was seven years old, this has been my busiest time of year, gearing up for competitions. To not be at the rink and not working on my book has been hard. Did I say that already? Let me say it again. It’s been hard. It’s also made harder because I feel badly for feeling badly about it. You know what I mean? The worst thing we can do when we are having uncomfortable emotions is shit on ourselves for feeling our feelings. But, it’s my default, wishing I would just snap out of it or be grateful or adopt a more spiritual mindset so I can mount my Patronus and be carried all day. So, I’m rewriting the whole book in present tense. This was not specifically part of the feedback, but it’s something I’ve been itching to do. I always write in present tense, but forced myself to write in past tense for the book because I don’t really know, I thought it was more traditional or something. But, present puts me in the story deeper as the narrator and I think it keeps the reader there, too. As for the agent’s feedback? She wants more. Honestly, I thought this book was on the verge of “too much” right out of the gate and every new version I took out a little more of the most outrageous, the steamiest, the most controversial, to make it more palatable. So to be asked for more? I think that’s the best possible request. Because I’ve got that, in my notes, and in my heart, and in the inside jokes I share with the most sarcastic region of my brain. So, here I go, word by word, this time not holding back.