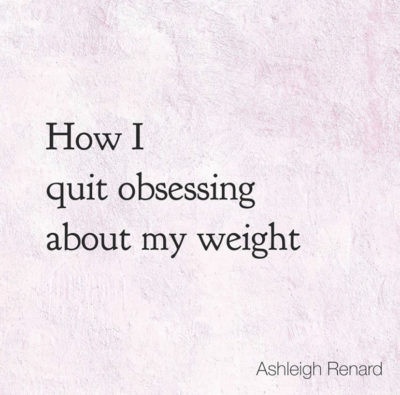 I call it my body image sobriety and I am seventeen years clean. I was twenty-one when I left Manitoba and moved to the suburbs of NYC. The country was coming up on the first anniversary of 9/11 and I was adjusting to life in a place where I knew no one. Desperate to control the things I could, my restrictive eating and body dysmorphia went into overdrive. For eight years I had spent every day counting calories in my head, sometimes hundreds of times a day, but even the people closest to me had little idea of the scale of my preoccupation. Suddenly my scrutiny over food choices escalated rapidly. The overwhelm led to near paralysis at meal times. One day I was in tears over the estimated amount of carbs in my sugar snap peas and the next I had my infamous stand off with a sushi roll (read more about that in the post “Love, Hate, and My Body”). I don’t wish to take away from people who have survived substance abuse, but the truth is that I didn’t overcome my unhealthy habits until I treated them as an addiction, something that couldn’t be dabbled with. I decided to quit cold turkey, no counting calories or macros, blacking out the nutritional information on any food that came in my house, and throwing out my bathroom scale. Anytime my brain tried to run the numbers I forced myself to say the alphabet backwards in my head, over and over, until it tired of trying to run the old script.

After I broke the habit of counting and controlling there was finally room for other self-talk to come in. There was space for appreciating, for tuning in, for listening to my body. Since then my weight has fluctuated. I’ve grown and birthed three humans and breastfed for over five years. I’ve given up gluten. I’ve gone through periods of stress. But, it has never affected my esteem for my body. At times others have commented on my body size, some in an accusatory way, because they would prefer that I wasn’t so thin. And when they do I want to rise up like a dragon. I want to declare that no one, ever, is allowed to tell this body, this sweet body that endured so much hatred from within, that it is anything less than perfect.