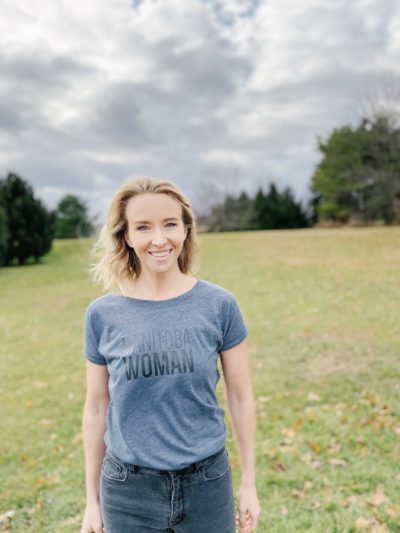 My Grandma Betty was the first woman in our family to wear white skates. And this is the story of how she bought them. She was 12 years old in 1946 and idolized Barbara Ann Scott, who would go on to win Canada’s only women’s Olympic gold two years later. My grandma had five brothers who all played hockey, and there were plenty of pairs of brown or black skates kicking around her house. But she desperately wanted white skates so she could feel like a true figure skater. There was no skating coach around, so she and her friends taught themselves. She saved her babysitting money, twenty-five cents a night, until she had the required $13.98 to purchase the skates from the Eaton’s catalogue. Three times a week at 8:00 pm the mail was delivered by train to her little town. Her Aunt Anne was the postmistress and called her on the evening they arrived. I picture my grandma running across town in the dark in her pajamas to get those precious skates, but she assures me that she would have been dressed properly, “Because it was winter time, you know.” One of the stories that makes me proud to be a Manitoba Woman.