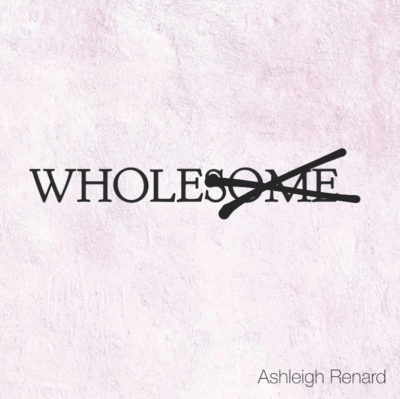 It has come to my attention that something, perhaps my cute aprons, or the fact that I briefly enjoyed canning tomatoes, or my photogenic dog, has given off the impression that I was trying to be WHOLESOME. Let me assure you that I realized early on that the idea of “wholesome” was just a trick played on girls. I never intended to participate in the rouse. And throughout my life it has been confirmed that if a woman has a fall from the grace granted by public opinion she can expect one of a few different consequences (depending on time period and geography), including being forced to wear a scarlet letter, cyber exploitation, or stoning. And if a man does something unsavory? He may be asked to apologize. Or he may be elected president. So, yeah, no. I don’t play that game. Instead, I aim for something I would recommend highly over wholesome, and that’s whole, becoming more of your real, complete self. It’s something only you can feel and only you can assess. And it’s something that cannot be granted or taken away by public opinion.